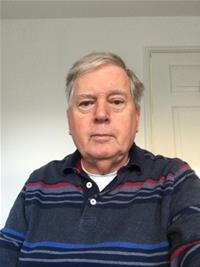 My name is Michael Bunting and I am the deputy chairman of the Goldthorpe Towns Fund Board.

Educated in a private grammar school in Leeds and introduced to telecommunications at the age of 15 through a week-long introductory course run by the GPO, I was hooked on technology and promptly joined up when I was 16. My first job was recovering “candle stick” telephones and replacing them with the latest coloured plastic dial phones. Worked my way through many parts of the new BT and retired after 40+ years as the Head of Commercial Management, BT plc, Wholesale Division.? I also taught ‘Electrical & Electronics’ at night school in Leeds polytechnic for a few years.

After retiring my wife and I decided to have an adventure, so we moved to Greece, where we spent almost 10 idyllic years immersing ourselves in the Greek culture, language and weather.

We returned to Goldthorpe about 5 years ago where I became a ‘volunteer litter picker’, which I still do to this day. I met the council team based in the library and became involved with various other environmental activities including becoming the caretaker for the Goldthorpe Railway Cuttings (Embankment Project).

Being ‘Yorkshire Folk’ at heart it is an honour to be part of this momentous movement which stands ready to transform our little town into one where people will be proud to say “I live here in Goldthorpe and it’s great!”